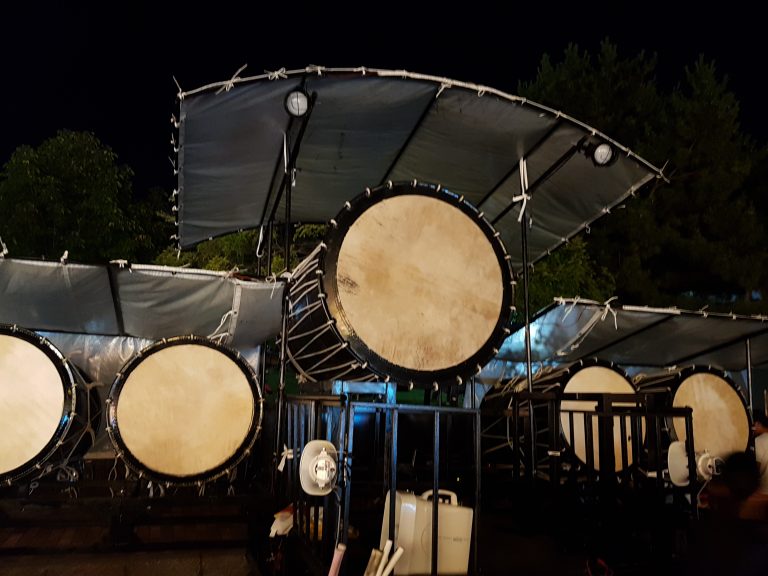 After the last evening we didn’t know what to expect. We were lucky to get sitting tickets in the first line. In meant that we will be facing the parade, and we were told to arrive early because it’s going to be busy. Well, that was easy to say but hard to follow since we only finished our hiking trail around five o’clock and were terribly tired and hungry. But the festival had a time table. At precisely six o’clock we found ourselves sitting in our places with hundreds of people. The order and quite was stunning. One could see, sitting on the pavement, young children and theirs grandparents and parent. It looked as if all around us were eating Japanese food from special food boxes. People were chatting quietly all along the parade route. It is a three kilometer loop around the central part of Aomori which meant that we will get to see all the floats. The nebuta dancers are called haneto. They dance as they shout “Rassera, rassera” and anyone who is dressed in the haneto’s dress can participate in the festival. 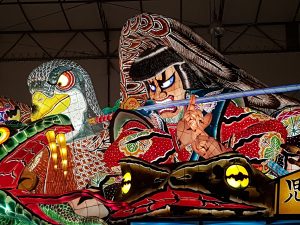 The fantastic floats appeared from the end of the road accompanied by taiko drums, dancers and musicians with cymbals and flutes. They were dancing around the hand-pulled floats and chanting “rassera, rassera” again and again. One float followed the other in an endless parade. In some there were young children participating, pushing a miniature cart with a small float. Other had the logo of big companies that finance the team. Every now and then the whole huge float would approach the audience , turned around and bowed with the huge float.The view was spectacular and I believe that only a video can deliver some of the excitement.