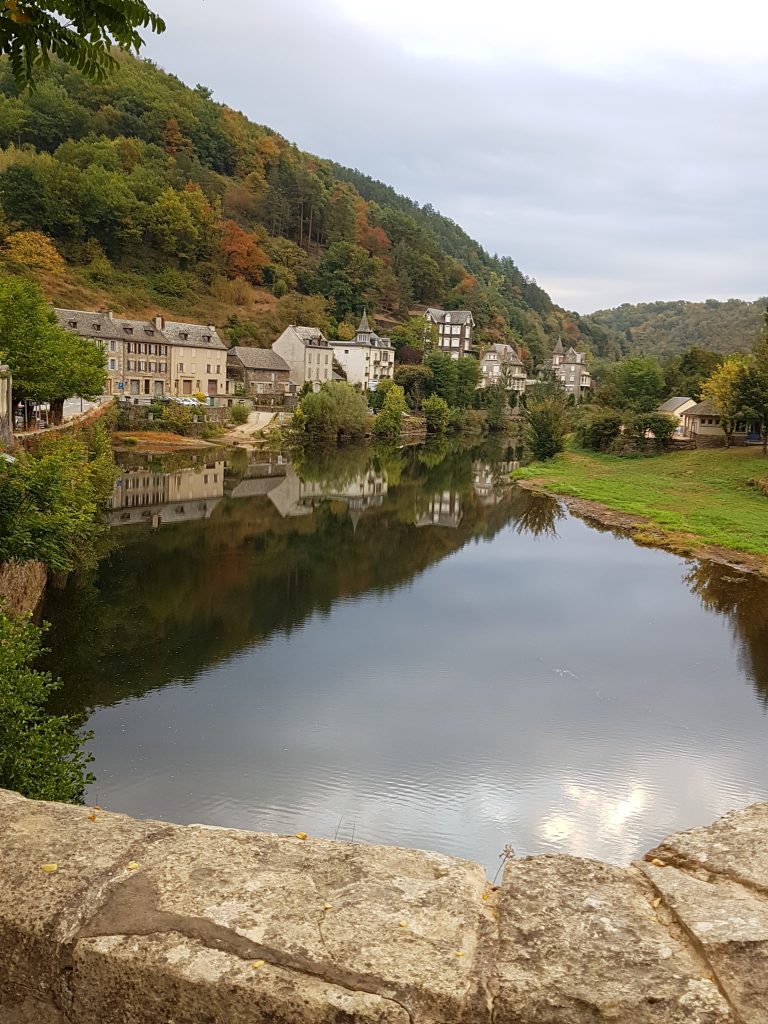 It was nine o’clock when we left, ready to start walking from Estaing to Golinhac. After crossing the bridge outside the city you can choose to walk on the GR6 or on the GR65 -we preferred to stay on the GR65.  Ten degrees Celsius and moderate walking along the Lot made a perfect combination. The muscles of our legs were still exhausted from the effort of the previous days and we agreed that the decision to walk only 14 km today is wise .

The waters of the Lot reflected the trees as we walked along the road. The many colors and hues gave a sense of Impressionist painting. Another hour of easy climbing passed before the road became steeper as it crossed the forest. We continued to climb until we stood in Pont du Molino ( there is a water point).

The climbing was not over yet and we followed the road. Lovely flowers were blooming on both sideways, the sun felt warmer. At the top we stood and looked back- in the far distance we could see Espalion Castle. It was hard to believe that we have been there just the day before. From the top there was only one way- it led downhill. The narrow path, covered with yellow chestnut leaves, went through the shady forest. All around us were tall trees with thick trunks and enormous green tops. Oaks and Chestnuts throw shadow over ivy and moss that covered the ground- an enchanted forest. As we got closer to Golinhac plain we saw huge grey boulders between the trees and a pair of mules staring at us. 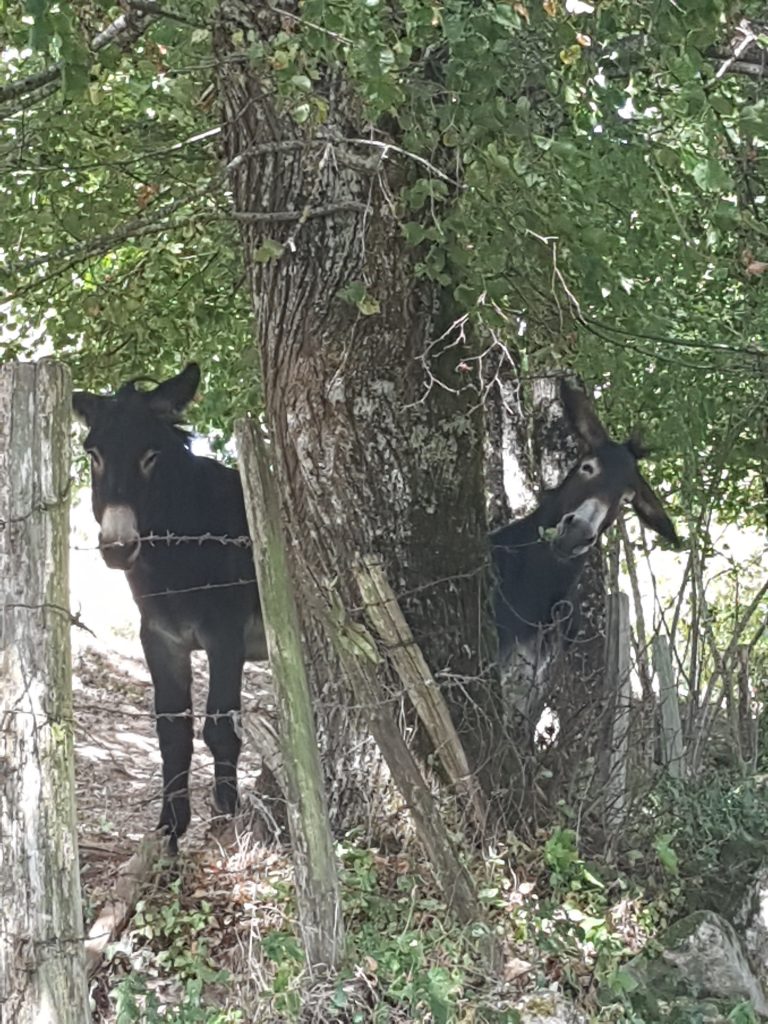 After a day with almost no one around, suddenly appeared behind us a group of several hikers. We stood and chat for awhile. It was a group of several French couples, not so young , who cleared the whole weekend in order to come to these area – some were walking on the path, some by bicycle and others by car.  We parted. The first few houses of Golinhac were enveloped in the smell of cow fertilizer. The village spreads along the road and at two o’clock we arrived the center. It was relatively an easy day and we were surprised to see that we are the only pilgrims in the village. Les Roches, our b&b was near the camping site and was easy to locate. Half an hour later we were sitting in a small garden, looking at the marvelous view- Aubrac plateau in the distance, the Massif central on the other side- and enjoying a strong cup of tea. Luckily our hostess was kind and reserved for us a place in the local Auberge for dinner (Since it is the end of the season this is the only place who serves dinner in the village) . Only one table was occupied – to our delight, these were the hikers we met at noon at the entrance to the village. Strangers and yet close we raised a toast.